Your browser is out of date.

You are currently using Internet Explorer 7/8/9, which is not supported by our site. For the best experience, please use one of the latest browsers.

Home About Us
Back to Home 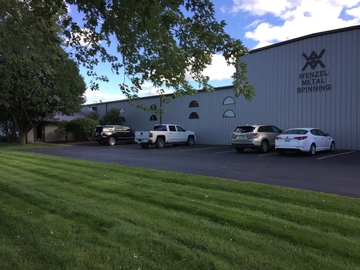 Founded in 1982, Wenzel's headquarters is located in Fremont, Indiana which grew and developed until we expanded into our second location in 1990 in Scottsboro, Alabama. Since then, both of Wenzel's locations have continued to expand while increasing our capabilities and techniques. In 2019 Wenzel continued growing by acquiring Titan Metal Spinning in Angola, IN Wenzel now fills all of our 225,000 square feet of manufacturing space.

Wenzel Metal Spinning offers our customers a wide range of capabilities and value-added operations due to our solid investment in loyal employees and the best machines. All of these elements contribute to Wenzel’s primary goal; customer service. Wenzel Metal Spinning is a customer-centric business that will support your product with our service, competitive prices and outstanding quality. Please contact us today to learn more about our metal spinning services.

Let’s get started! Please fill out the form to let Wenzel Metal Spinning assist you with any questions about the design of your part, our capabilities, or to find out how we can help you reduce the cost of your current metal spinning.